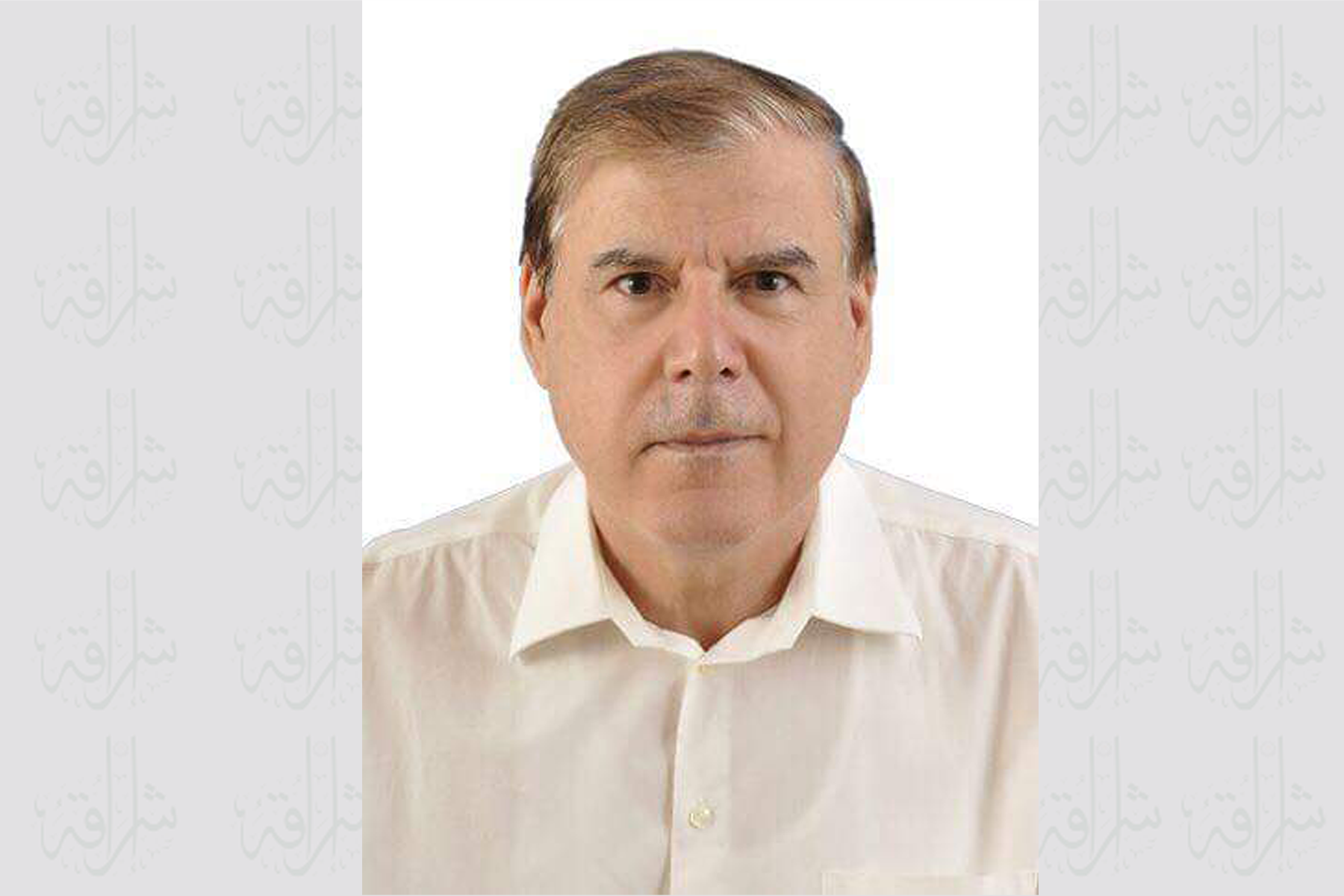 Stepping on My Toes! She Sure is One Strong Woman!

Stepping on My Toes!  She Sure is One Strong Woman!

Language involves a lot of variations and factors. It is varied in many ways but also involves a lot of commonly used words, phrases, terms, or expressions or sentences or, in other words, a lot of repetition.  It can be simple and plain or difficult and fancy, formal or casual, polite or rude, classy or crude, honest and genuine or deceiving, heartfelt or glib, innocent (without a motive) or conniving and manipulative, stressed or carefree, proper or inappropriate, kind or mean, loving or a stunning, spiteful behavior or indifferent, etc.

In terms of strength, physical or otherwise (personality, intensity of feelings and intentions, durability or quality), the adjective strong can collocate with many nouns:

This may be stating the obvious but a strong woman is assumed to possess more strength than the average woman or more than one would expect to find in this gender. To some, this juxtaposition/pairing may still seem like an oxymoron, one that causes surprise.   For ages women have been called the weaker sex, viewed as less capable physically as men, and as ones who need to be escorted and chaperoned, protected, taken care of, and provided for. Traditionally, women, children, the handicapped, the sick, and the elderly have ben lumped together as being weak, feeble, or fragile, all problems for men, the protectors, guards, and warriors.

It is men who are typically viewed ideally as strong: the brave soldiers, explorers, heroes that save the day, and builders of the world, enduring all kinds of horrible conditions to accomplish something formidable or the impossible.   They are the ones who worked deep underground in the dark pits of a mine, that blasted tunnels through mountains to build railroads, that built the skyscrapers and all the world's biggest and tallest buildings and monuments, who have cut down forests, hunted big dangerous predatory animals, sailed the often treacherous seas, fought in horrific battles, rescued damsels in distress and the weak and the helpless, fought fires, and today are dangling  up on outdoor scaffolds cleaning the glass of modern day skyscrapers, and so on.

So, there is often an element of surprise in this particular collocation strong woman, as in the following example.  Melisa and Judy are working out in a gym where they witness another girl picking up weights that seem unusually heavy for a woman, so Melisa says to Judy:

Melisa: Judy, look at how much weight that girl is lifting!

Judy: I can't believe it.  How is that possible?

Melisa:  Don't ask me.  She sure is one strong woman!

On the other hand, one may simply state matter of factly without any element of surprise:  Sheila is a strong woman. She can easily lift X number of pounds, but it may elicit a response like You're kidding. or No way.   At any rate, this sense of strong relates to physical strength.

In many instances, however, a person's strength is also witnessed in a person's stable, normal, rational functioning in times of duress or tragedy.  As an example, let us say a woman lost her son and then her husband several years later.  She does not have much time to grieve since she has to find work to support herself and her remaining children. Co-workers where she found employment are struck by this woman's resilience and strength:  She's such a strong woman.  I don't know how she copes, they say.  In this example, the woman's strength has more to do with her emotional and psychological state.  She hasn't cracked up and is managing to function and go on in life, despite all the tragedy, hardships, challenges, and responsibilities facing her.

If a person's physical state or psychological makeup is impressive, they are said to have a strongconstitution. The noun fortitude, which originated from the Latin word fortis, meaning strong, is now used to describe strength of mind that makes it possible for a person "to face danger, bear pain or adversity with courage." (Workman Publishing, New York, Page-A-Day Calendar, 2017).

The dictionary definition of strong in relation to tea is "... containing a large portion of a substance in water", a heavy concentration of tea in water in other words.  The expression savouring a cup of tea makes drinking tea sound like a soothing, pleasant, and possibly rejuvenating and therapeutic experience, like some kind of panacea.  If someone finds the tea flavour overpowering, he/she may exclaim, My, that's strong tea!, indicating that the tea is a touch jarring on the taste buds and off from the normal.   So again, in this collocation, what one is experiencing (tasting, observing, etc.) is at variance with what one normally expects.

Take the example of strong door.  One definition of strong is "having the power of resistance; not easily damaged or overcome" and one example given is "strong material" (Revised and Updated Illustrated Oxford Dictionary).  A strong door is not easily overcome and provides resistance to outside intruders.  So, if two robbers are trying to break a door down and it is not yielding, one robber may exclaim something such as the following:

Boy, is this door ever strong!;  This is such a strong door!; This is one strong door.  I'm giving it all I got and it's not budging! Or, The door's too strong.  Let's move on.

Another definition of strong is "powerful in terms of size or … quality" (Oxford).  At a hardware store, an employee may recommend that a customer buy a certain door:  This is a strong door, if you're looking for a quality product that's going to last a long time and give you the durability you're looking for.  The implication here is that this product is something more or better than the usual.  The quality and strength of the door is superior when compared to other doors.

A strong personality is generally viewed as someone who is confident, not easily manipulated, controlled or dominated, and can stand their ground or hold their own in conversations.  In some instances, this personality type may be seen as favourable ("formidable; likely to succeed"; Oxford Dictionary): He is a strong candidate for this position.  We need someone who's not going to cave under pressure.  Or, perhaps a casting agent is impressed by an actress's audition for the role of a bossy, interfering mother-in-law, so he says to the director: Her expression is great.  She really brings out the strong personality of a take-charge, demanding mother-in-law.  Words used to define or describe a strong personality with positive attributes are confident, decisive, in charge, a leader, a strong/commanding presence, outgoing, sociable, outspoken, driven, ambitious, etc.

In other instances, a strong personality type is laden with negative attributes and, thus, is viewed very unfavourably.  An apt description of this type is a bull in the china shop, charging in and bowling over everything in sight, stepping on people's toes, disrupting the peace, and ruining everything - someone whose negative traits usually infringe on others in a negative way (their space, their peace and quiet, grating on the ears (if someone's loud and screechy or screaming) or nerves (if someone's aggressive and threatening).  These bulls could be

In the following conversation, two lady coworkers are discussing a new male employee who is "cocky", aggressive, over-confident, and "too big for his britches."

Jane:  He's such a jerk.  He cut right in front of me at the copier and later interrupted me when I was in the middle of talking to my supervisor.

Kathy: That is so rude!

Jane: He's sure got a "strong personality."

Kathy:  Yeah, as incoming on strong.  Who does he think he is?

Like the tea example, there is an unpleasant, dominant, overpowering sense involved - something noticeably different than normal that is experienced in a negative way.   In everyday conversation, the term strong personality seems to be associated more with negative personality traits because there are so many negative personality traits and people who fall into the negative category often have several undesirable strong traits.  Also, these negative traits result in behaviours which bother, annoy, offend, and upset people and disrupt environments. Since they involve an unpleasant, unwelcomed strength, power, force, dominance and/or aggression, these traits are usually more noticed and more felt.  That is not to say that people with positive personality traits cannot come on strong, bother people at times, and warrant criticism, because they often do.

If a person is overly cheerful, you might hear a comment like:  She's a bit too cheerful this morning.  She must be on something.  (As if she were taking some kind of happy pill).  A person who is super polite:  She's too polite.  Too politically correct.  I think she's phony.  A person who is coming across as exceedingly happy:  If she gets any happier, she'll be bouncing off the walls. Response:  She does seem rather goony, doesn't she?  A person who is overly considerate:  If she gets any more considerate, she'll be apologizing to the neighbour's dog soon.  A person who is overly selfless and giving:  She overdoes it.  If she doesn't quit this, John will think she's a doormat and walk all over her.  A person who is really smart and knowledgeable:  She's a real Miss Know It All, isn't she?  Response:  She's always correcting people.  It's so annoying.  These traits, generally considered to be positive, and which can be experienced as dominant in a negative way, would not warrant the description of a strong personality, but neither do negative personality traits which do not have much to do with aggression, strength, dominance, power, or forcefulness, as in the following examples:

Whether positive or negative in nature, strong personalities are not shrinking violets who melt into the background and blend in with the wallpaper, so to speak.  There is a sense of power, force, and a commanding, take-charge presence comprising a strength of character.  Note that in all of the examples below, an appropriate response could be:  Yes, he/she has a strong personality:

She's a tough teacher.  No one gets the better of her in her classroom.

He's a great salesman.  He knows how to draw people in and when to go in for the kill.

She'll walk all over him.  She is so manipulative and selfish.  It's all about her, and she always gets her way.

He is so self-centered, so self-serving.  He takes advantage of Howard, or anyone who lets him for that matter.

She doesn't pussyfoot around.  There'll be no monkey business when she takes over the office.

He's beyond ambitious.  He's an outright backstabber.  He'll do anything to get ahead.

He's a force to be reckoned with, isn't he?  He comes on too strong, like a bull in a china shop.

So, to sum up in the area of strong personalities, these have nothing to do with physical strength but, instead, a rather noticeable presence (a certain amount/degree = strength) of positive or negative attributes that comprise a person's character, the strength of which usually attracts the attention of others. Whether the dominant personality is favourable or not, the colocation of strong personality exists in both classifications, but the traits in either category have to exhibit forcefulness, power, strength, dominance, and/or aggressiveness.  The context, how the attribute (and the behaviour it manifests itself in) is viewed (weak or strong; positive or negative), impacts collocation and its frequency, especially since there is a great number of negative personality traits, and many such traits coexist in a negatively dominant personality type and involve a "negative"   strength, which disturbs people and environments, resulting in negative experiences which stir up emotions and criticism.