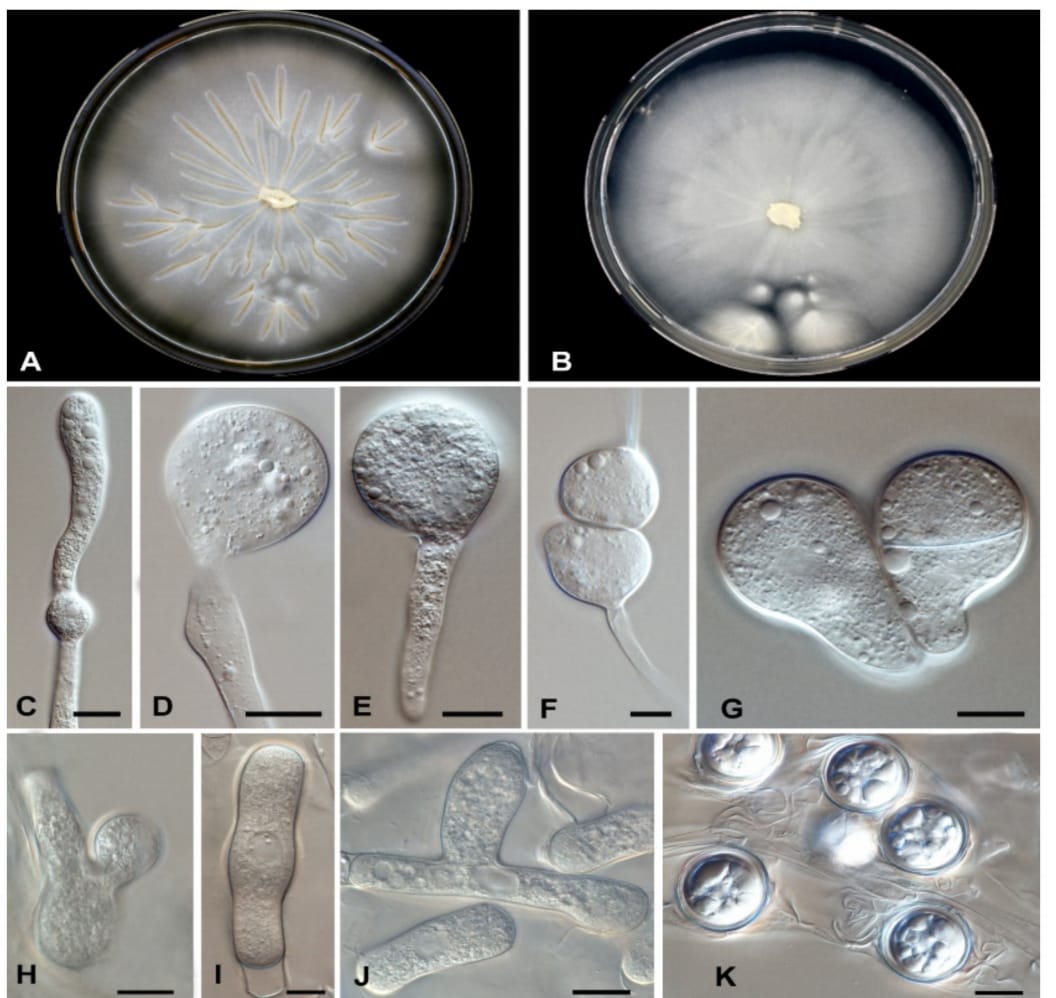 Omani researchers discover a new type of dangerous fungus that causes severe infections to humans, and they name it Basidiobolus omanensis. Researchers from the University of Nizwa and Sultan Qaboos University Hospital, in cooperation with the Radboud University in The Netherlands, discovered a new type of dangerous and drug-resistant fungi after an extensive study of samples collected from a patient who was diagnosed of having fungal infection, as mentioned in the research results recently published in the scientific journal of (Fungi) which is specialized in mycology. The research dealt with an accurate description of the phenotypic and molecular characteristics of the new fungus. The research also indicated that this fungus causes infections in the skin and intestines, but its danger lies in the fact that it is resistant to most of the antifungals and affects adults and children alike.

Dr. Abdullah Al-Hatmi, Assistant Professor at the University of Nizwa and a group leader of the Microbiology Laboratory at the Natural and Medical Sciences Research Center at the University of Nizwa, and the first author of the recently published article in the journal of (Fungi), said: “In cooperation with researchers and doctors in the department of microbiology laboratories and the department of infectious diseases at Sultan Qaboos University Hospital, we have done careful examinations to characterize and identify the type of the fungus that causes infection in our patient, who was admitted at the SQU hospital due to several complications of this infection. The genus of the discovered fungus called Basidiobolus was previously known to cause human infections in the skin and intestines. Dr. Al-Hatmi stated that the research team carried out several advanced laboratory experiments in cooperation with the research team at the Radboud University to prove that this type of fungus is new and was discovered for the first time in the world.

Al-Hatmi explained that intense investigation and molecular analysis were carried out in different databases including the NCBI. The results showed that the sequences of the fungus had a very good match with the closely related species in the Basidiobolus genus. The deep analysis also showed sequenced genes (ITS and LSU) showed a very good match with some previously deposited genes at the GenBank from the Kingdom of Saudi Arabia in several cases and in different hospitals, but the fungus was not accurately identified in 2020. These results may indicate that the new fungus is spreading more widely in the GCC countries, but according to the researchers, there is not enough data and evidence to prove the extent of its presence in several countries so far. The researchers hope that the results of the current and future research might show some important results in terms of diagnosis and treatment of the discovered fungus.

Furthermore, the results of the current research showed that these types of slow-growing fungi are found in nature including soil, farms and some animals. In humans this is the first case of Basidiobolus omanensis.  According to Al-Hatmi, it is possible to avoid the fungal infection by washing hands well before eating, as well as washing vegetables and fruits well before eating and maintaining personal hygiene practices in general.

In conclusion, Al-Hatmi stated that he was not surprised by the discovery of the new fungus, as it had been more than 10 years since the discovery of a number of fungi that cause diseases in humans. Dr Abdullah Al-Hatmi mentioned that the name of the discovered fungus was linked to the name of Oman. Al-Hatmi said that after consulting with all researchers, they decided to immortalize the name of Oman in the international medical discoveries that It befits Oman's reputation throughout history. He added that this fungus was registered in the global database dealing with the discovery of microorganisms, and it was described with an accurate scientific description and is considered as the first report of this fungus and for sure that research related to this fungus will be carried out intensively in the future. The results of the current discovery have been published and accepted globally in a high impact journal.