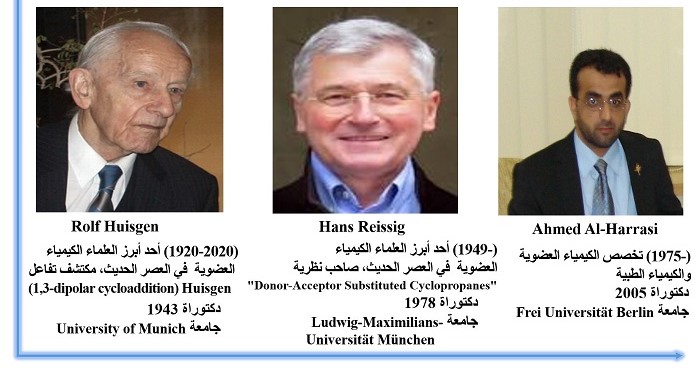 Professor Ahmed bin Suleiman Alharrasi, chancellor’s deputy of higher education and foreign affairs, was inserted by Angewandte Chemie Journal in the list of the greatest scientists and professors of German universities in organic chemistry through history.

The University of Nizwa congratulates professor Ahmed bin Suleiman Alharrasi for the significant achievement, which nominated him to become a member of the Scientific Council of the International Basic Science program of UNESCO.

Professor Ahmed tweeted, in his account on Twitter, saying “I am glad, that I became a member of the second student generation of the scientist Huisgen, who the Angewandte Chemie Journal have made a special issue in the honor of him and his students, the graphic cited from the journal indicating an Academic Tree descendent from the greatest alchemist of his time Kekulé. It is such an honor to be a member of this scientific tree, the details are in the picture.

Angewandte Chemie Journal is one of the pioneering chemistry sciences journal in the world. Led by an elite group of chemical scientists.