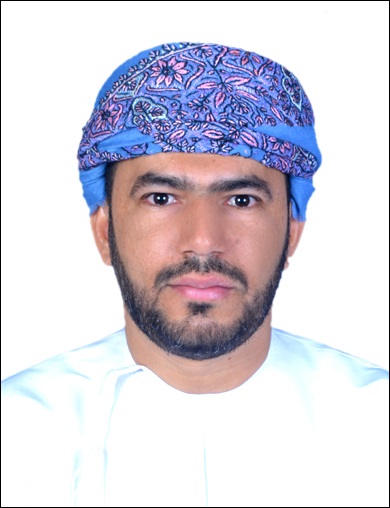 Dr. Sulaiman Al Sulaimi (CAS-ADT) received his PhD degree in Organic Chemistry under the supervision of Professor Declan G. Gilheany in University College of Dublin (Ireland) in 2015. His PhD work was on Novel Alkoxy Phosphonium Salts.

His PhD work can be summarized as following: Firstly, a superior chromatography-free and distillation-free method was developed and optimized for the preparation of racemic tertiary phosphines, directly via sequential addition of two Grignard reagents from dichloro-(phenyl)phosphine, furnishing the desired product up to 98% isolated yield. This methodology was applied to the synthesis of all of the phosphines that were studied in his work.

He has investigated the effects on the outcome of the asymmetric Appel reaction of a series of ortho- and para-substituted aryl(methyl)phenyl phosphines and their oxides by measuring the diastereomeric excess of the intermediate diastereomeric alkoxy phosphonium salts (DAPS). Further, the DAPS could be stereospecifically reduced using LiBH4 to give scalemic phosphine borane directly. The results from these experiments show that the substitution at the ortho position strongly affects the degree of stereoselection but the selectivity was almost the same on varying the electronic nature of the para substitution.

A source of the selectivity-eroding process in the asymmetric Appel reaction is identified and studied in detail. Evidence is presented that there is a previously unsuspected interaction of the chlor phosphonium salt (CPS) with its precursor oxide, which was uncovered in the reaction of CPS with chiral non-racemic alcohols. It was found that this led to the erosion of the selectivity of the formed scalemic phosphine oxide. The rate constant of the racemization was determined under controlled conditions. A mechanism of this racemization was proposed via the formation of the oxoid phosphonium species (POP) and the racemization process, based on anion migration, leads to reformed CPS and racemic phosphine oxide. The interconversion of CPS and phosphine oxide was directly observed in an EXSY experiment.

A significant development has been achieved in this project where the transient DAPS can be stabilized against the thermal Arbuzov- type collapse by changing to non-nucleophilic ion (triflate). These stabilised intermediates can be purified, isolated, assigned the absolute configuration by X-ray crystallography and fully NMR characterized. This developed method was applied for some salts derived from a series of para-substituted aryl(methyl)phenyl phosphines oxides. The successful isolation of the individual isomers of some of these salts was achieved by crystallization of the isomer mixture from EtOAc/cyclohexane. The crystal structure data and the NMR data were analyzed with a view to understand the enantioselectivity of this process. It was found that, those salts with para-substituted (OCH3, Cl, F, CF3) derived from o-tolyl(methyl)phenylphosphine oxide have very similar torsion angles which are different from the unsubstituted salt. This was consistent with the variance in the selectivities between the unsubstituted and the para-substituted salts.

Finally, the issue of selectivity erosion in reactions of DAPS was more fully studied by performing reactions on the purified single diastereomer. It was found that there is still a certain amount of erosion of the selectivity in the hydrolysis, reduction and Arbuzov reaction. These studies also included attempts to explore the possibility of developing a method for the minimization of SN2’ addition of nucleophile to allyl-substituted DAPS-OTf.